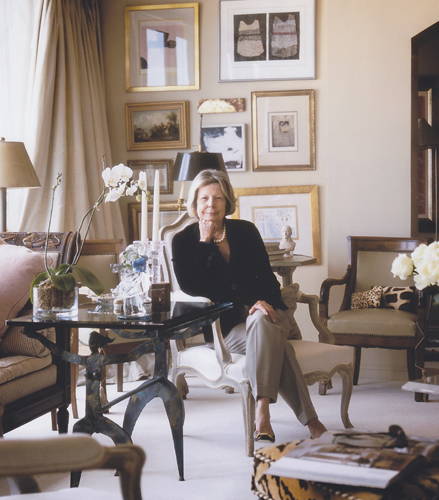 Shortly after graduating from Newcomb I was a tour guide in New Orleans. My Louisiana architecture professor Sam Wilson inspired my love of history and houses by conducting classes in the magical Garden District and the European French Quarter.

When giving French Quarter walking tours I often strolled by the most sophisticated and intriguing antique shop. One beautiful day in October I decided to explore this gorgeous shop. It was the first time I met what would become my mentor, Gerrie Bremermann.

Initially I was a bit intimidated by the elegance and prices but after perusing the entire shop and pretending like I knew what I was doing, I courageously asked about a chandelier. Gerrie walked up to me in her fabulously understated, but obviously expensive attire and told me all about it. She then told me I had a good eye. It was as if Glinda the Good Witch had dinged me on the head with her wand and said, “You had the power all along, my dear.” That moment probably changed the entire direction of my career. 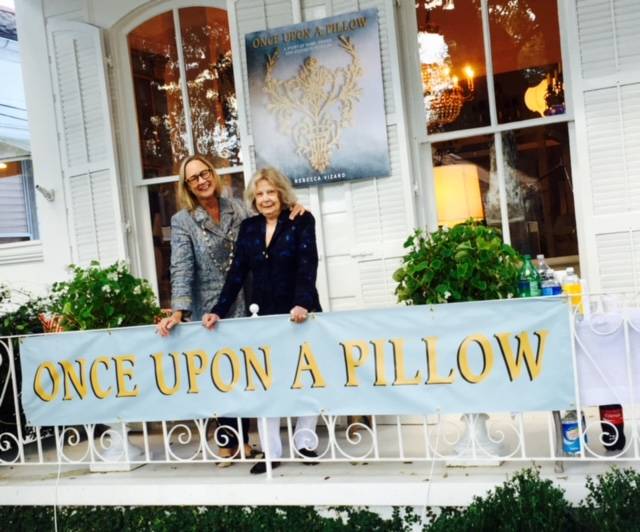 Gerrie’s shop became my go-to museum to learn about European antiques. She always took the time to teach me something even though at that time in my life I obviously was not a big client contender. She also boosted my confidence by telling me my accent was cute.

After marrying, having children and being “exiled” to the country, I was trying to find a creative outlet. Each trip back to New Orleans I brought Gerrie (who by then had moved to her acclaimed Magazine Street location), something I had made while trying to maintain my sanity with little kids in the country. She would either critique or love my creation du jour. I made over scaled papier mache bows that she hung on clients doors. She also bought my painted white silk and linen pillows that took forever because of my dysfunctional perfectionism.

Eventually I was coerced into doing some decorating jobs and that is when I hatched the idea to design antique textile pillows. The first one I made for a Manhattan project was from 19th c. drapery panels. I only needed one pillow so I used the extra to make four more pillows. I brought them to Gerrie and she lit up and said, “This is it! You found your calling!” Gerrie bought the four pillows and sold them in a week. For the next three to four years I was in high gear making pillows only for Gerrie and my clients.

"I don't have a formal education in design, but I read. A lot... Curiosity is the best teacher." 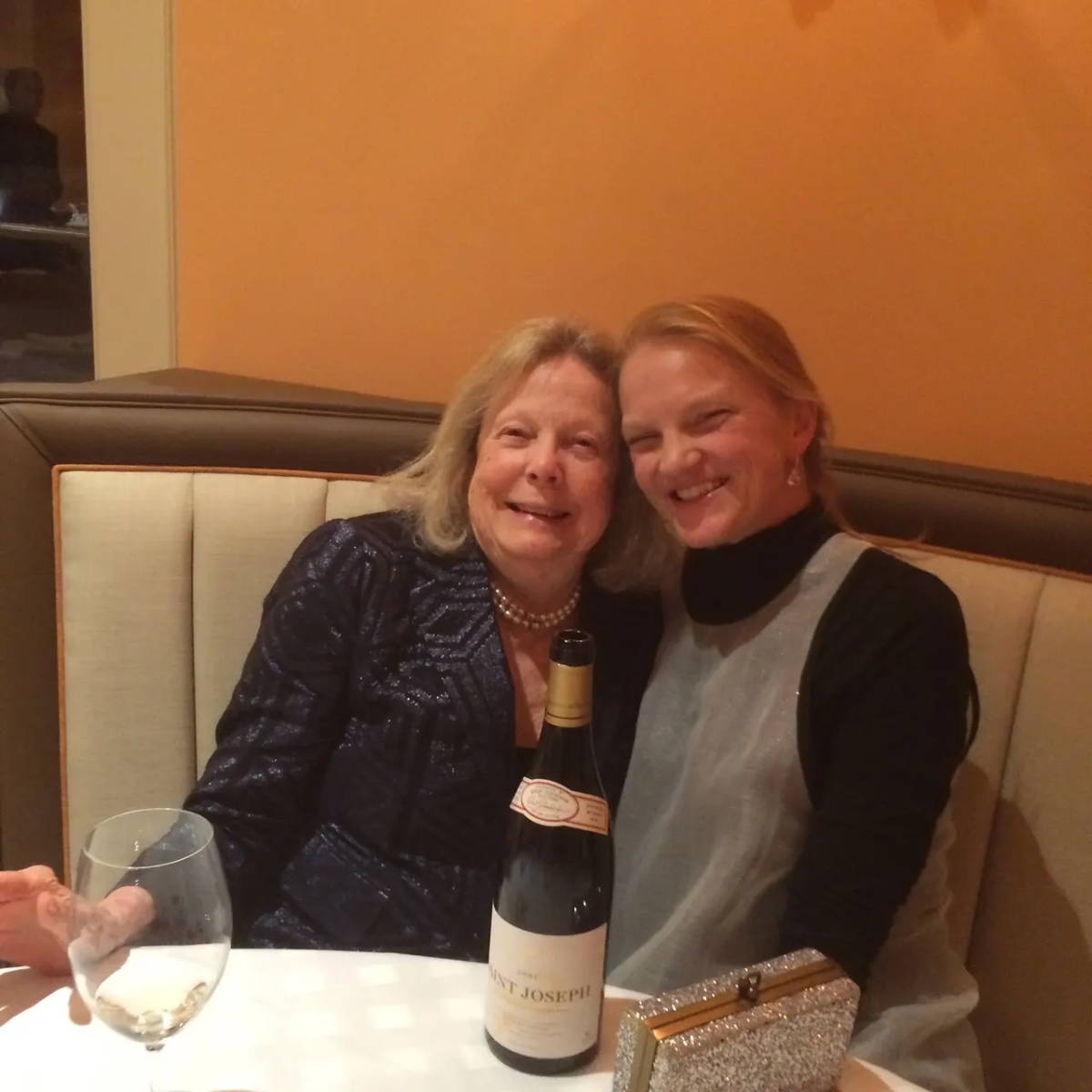 The Mentorship is Generational

When my daughter Sarah entered the New Orleans job market during the 2008 recession she was struggling to find a job in sports marketing. After several unfulfilling jobs she walked into Gerrie’s shop with her regular delivery of pillows from her trip home to north Louisiana. Gerrie called me later and asked if I thought Sarah would like to work for her. Gerrie thought she was a ray of sunshine and loved Sarah’s attitude. I of course did not think she wanted to be in the design world after a childhood of rolling her eyes when I dragged her into showrooms and antique stores. Much to my surprise she jumped at the chance and was particularly excited she didn’t have to work Saturday’s so she could watch her sports.

Needless to say, her first week she called me whispering to ask what a commode was? She obviously was not paying attention in her youth. Along with the incredible design education, Sarah has the best Gerrie stories from her young perspective. She spent a lot of time “Driving Miss Gerrie” and cultivated a wonderful relationship with her as well as a lifetime of advice.

One of Sarah’s favorite moments happened when she and Gerrie were alone at the shop together just before closing. At this time Gerrie was 88 and it was several years after Tom, her beloved husband of 65 years had passed away. Gerrie had a 94 year old boyfriend named Billy that she loved to go eat dinner with several nights a week. Sarah heard Gerrie sounding disappointed on the phone and said that she understood when Billy canceled dinner because he was tired. A few seconds later Gerrie stomped down the steps from her office and said “Sarah, whatever you do, don't date an older man!” 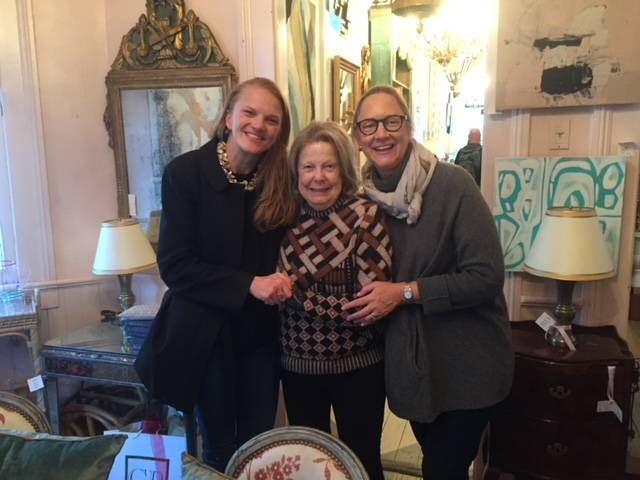 On July 4th of this year Gerrie passed away and this August 2nd she would have turned ninety-four. She retired at ninety and threw herself a fantastic birthday party at Commander's Palace.They certainly broke the exquisitely hand carved mold when she was born. And I know Sarah and I are only two of the lucky many she mentored and inspired.

And by the way, that chandelier we first talked about in the old French Quarter shop has been hanging in my home for 32 years. 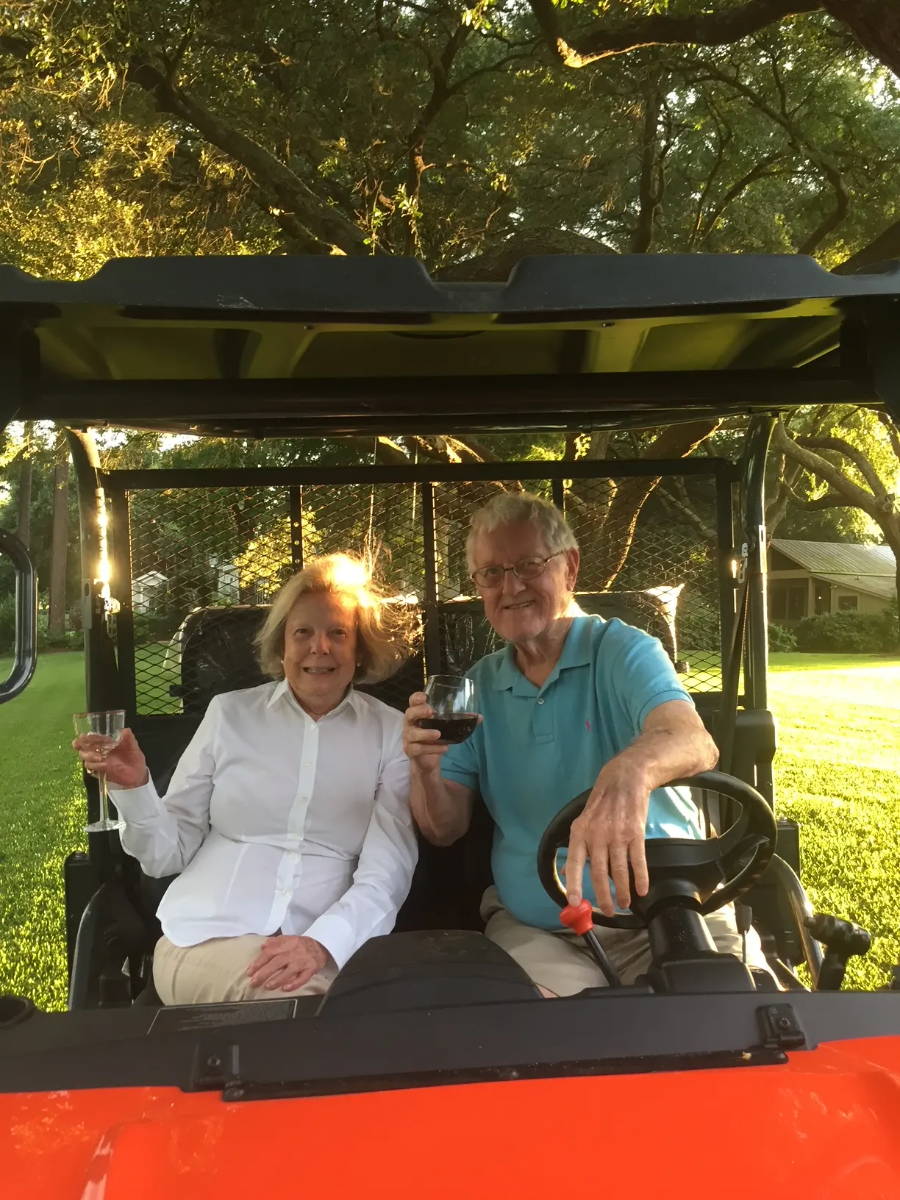 Happy Birthday Gerrie! We miss you and you will always be remembered ❤️